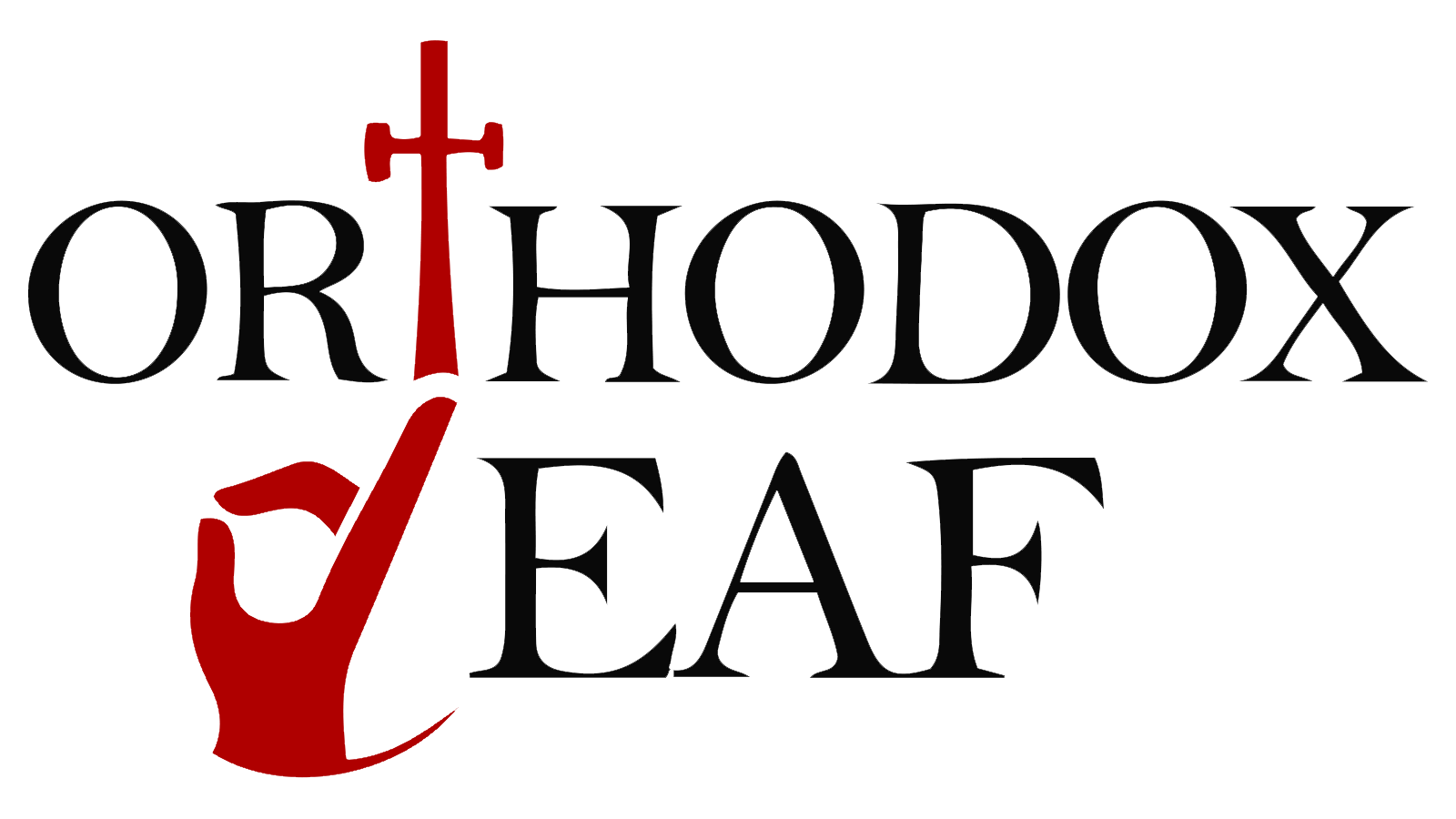 Two-sided with pocket logo and OCDA logo on the back is $18.

OCDA FLYERS TO BE PRINTED OFF AND POSTED! New Men chronicles one year in the life of a Russian Orthodox monastery in rural West Virginia.
Hidden in a holler of Wayne County, Holy Cross Hermitage is home to 25 men, mostly American converts, who follow a 1,700-year-old monastic tradition. Monks take vows of chastity, poverty, and obedience meaning they will never marry, own personal property, or leave the monastery unless directed to do so by their superiors.

Over the course of the Church year, a picture of life at Holy Cross unfolds over a backdrop of rolling hills and striking seasonal changes. The monk’s reflections on shedding former identities to embrace new lives of prayerful asceticism are woven together with rarely seen moments of the community’s daily work and prayer. As the brotherhood prepares for Pascha, the most important Orthodox holiday, Father Justin reflects on his journey towards Orthodoxy and his upcoming final vows. The film culminates with Father Justin’s tonsuring ceremony in which he receives a new name and vows to live in the Monastery until death.

Learn about Father Nicola Yanney who in 1892 left his home in the coastal foothills of Lebanon in search of a better life. Personal tragedy and an unexpected midnight visit from someone who would become a saint changed the course of his life. Heeding God's call he became a circuit-riding priest to thousands of parishioners in the farmlands of Nebraska and beyond.

Seeing God was a multi-tiered symposium that explored the essence of beauty in encountering Christ. These talks were given at Holy Apostles Orthodox Mission in Bowling Green, KY in November of 2014. Our thanks to Fr. Michael Nassr for allowing us to film. The speakers were:

Meet a group of men and women who consider themselves “religiously unaffiliated.” Learn why they have rejected or at least have serious doubts about Christianity. Then meet Basil, who was also in that category but now is an Orthodox Christian. This 85-minute documentary film is ideal for watching in a group or with your family. It’s sure to result in a meaningful discussion about what it means to be truly human.

"A Journey to Fullness" -  https://store.ancientfaith.com/journey-to-fullness-dvd-set/

"A Journey to Fullness" is an outreach tool for parishes like yours seeking a consistent, practical means of engaging people who want to learn more about the Orthodox Faith. Comprising sixteen 20-minute video sessions, "A Journey to Fullness" is the first step along the path to becoming a catechumen. It’s designed for use in the parish, Sunday School class, small group, youth group, Adult Education group, and other settings where you need a systematic way to educate people about the basics of the Orthodox Faith.

Lucia, Saint of Light is now available in video format! (This is a downloadable video, not a DVD.)

Share this new audio and visual version of the story of Lucia, brought to life by professional voice actors. With each page turned, the story is beautifully narrated with background music and zooming movements that highlight the detailed illustrations by Daria Fisher. The 10-minute movie will play on any device (phone, computer, tablet, etc.) that has a screen and sound, and is a file that you will own and can play to your child again and again.

If you are interested in learning ASL, one of the best ways to do it, if you do not have access to an ASL class and or a teacher, is by watching the educational videos produced by Dr. Bill Vicars. Following is the link to his YouTube channel:

A non-profit organization whose mission is to bring the Orthodox faith to all by presenting tangible theology through original videos and articles, all to the glory of God. We cover aspects of Orthodox worship and practice, pilgrimage, the lives of the saints, iconography and the sacred arts, and recordings of homilies, interviews, and special events. We hope you enjoy!

Catechism Resources - "Be the BEE"

While structured for young people, "Be the Bee" videos, hosted by Steve Christoforou, are perfect for catechizing old and young alike and they are closed captioning for the hearing impaired.